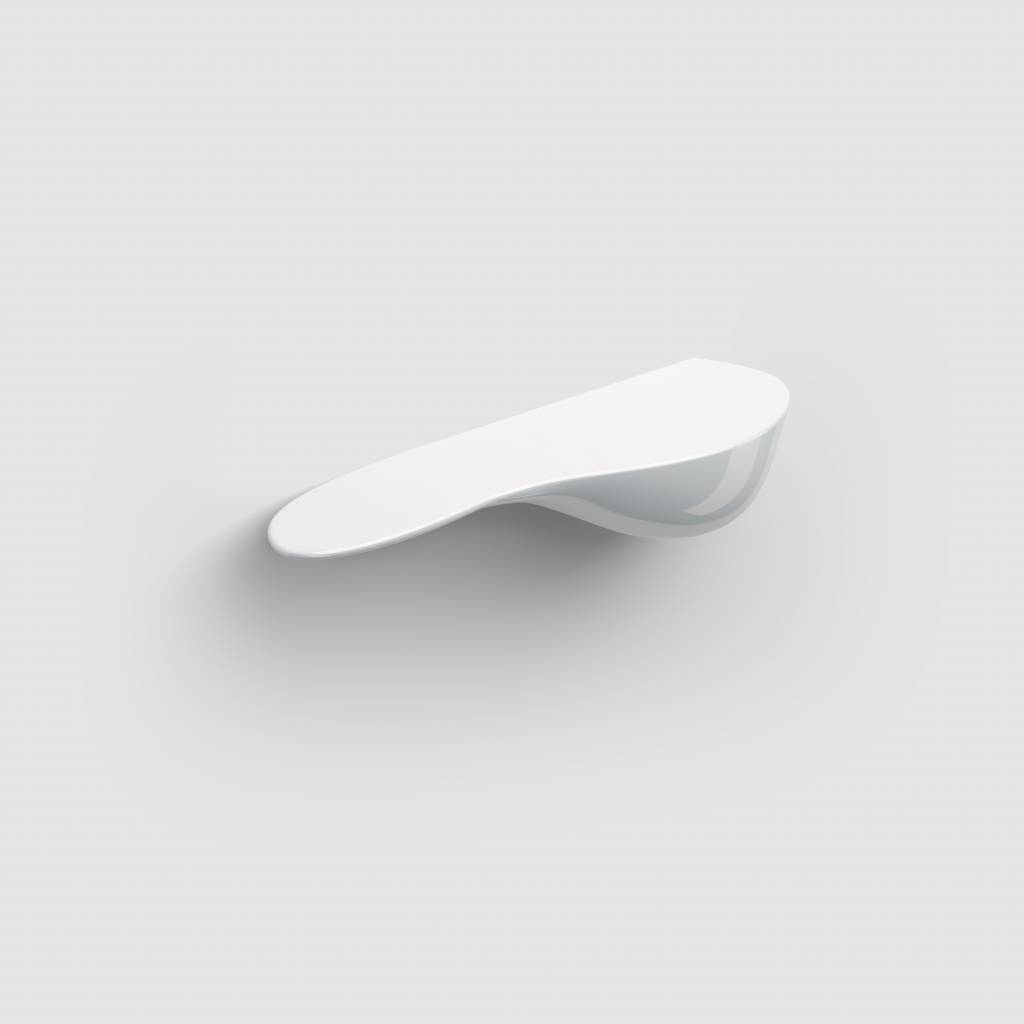 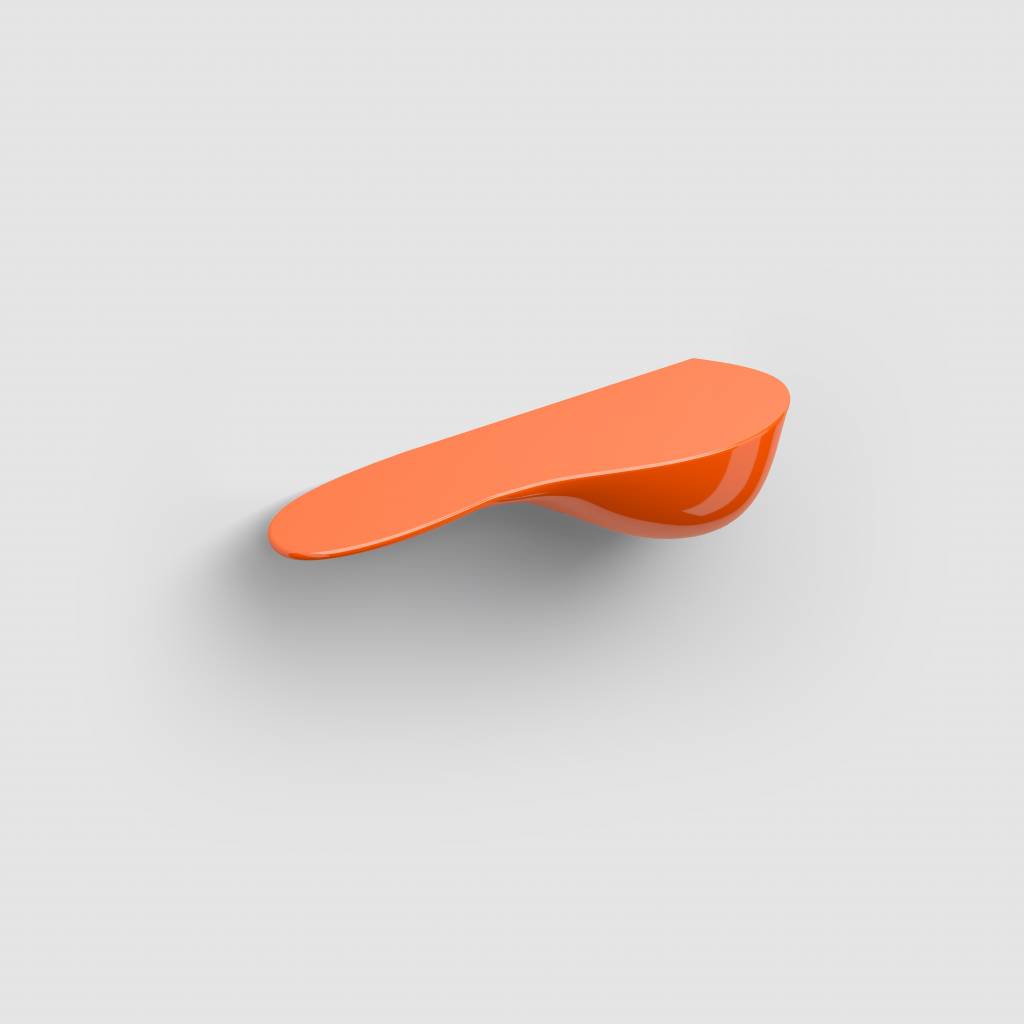 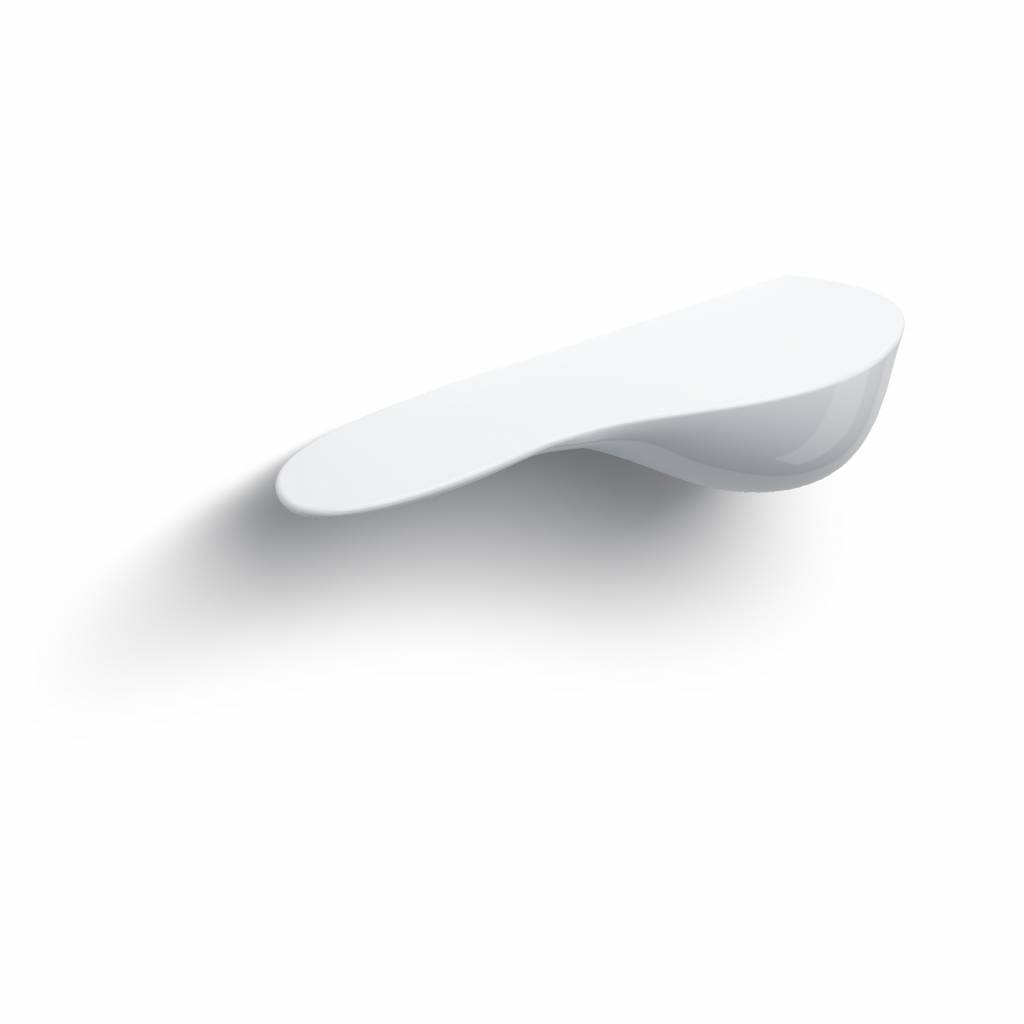 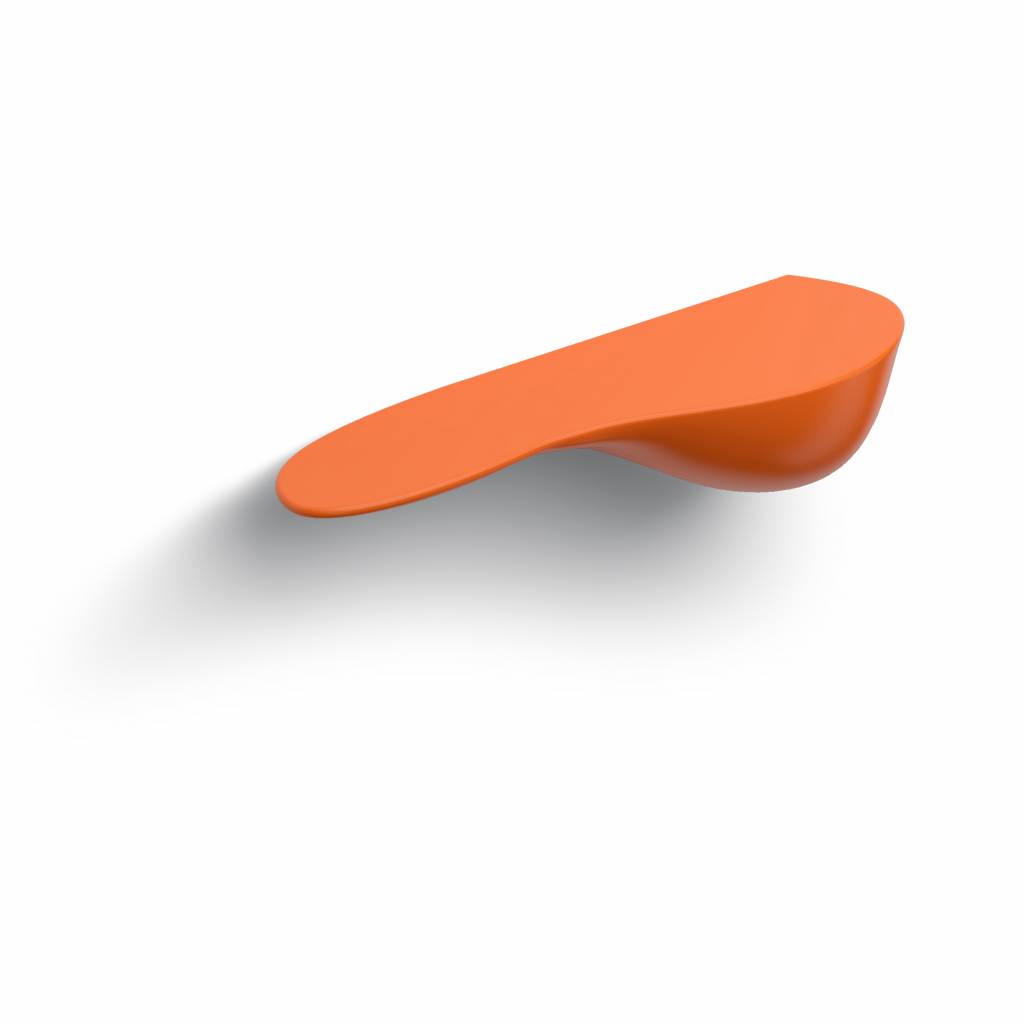 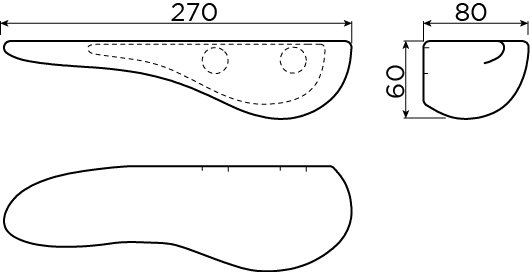 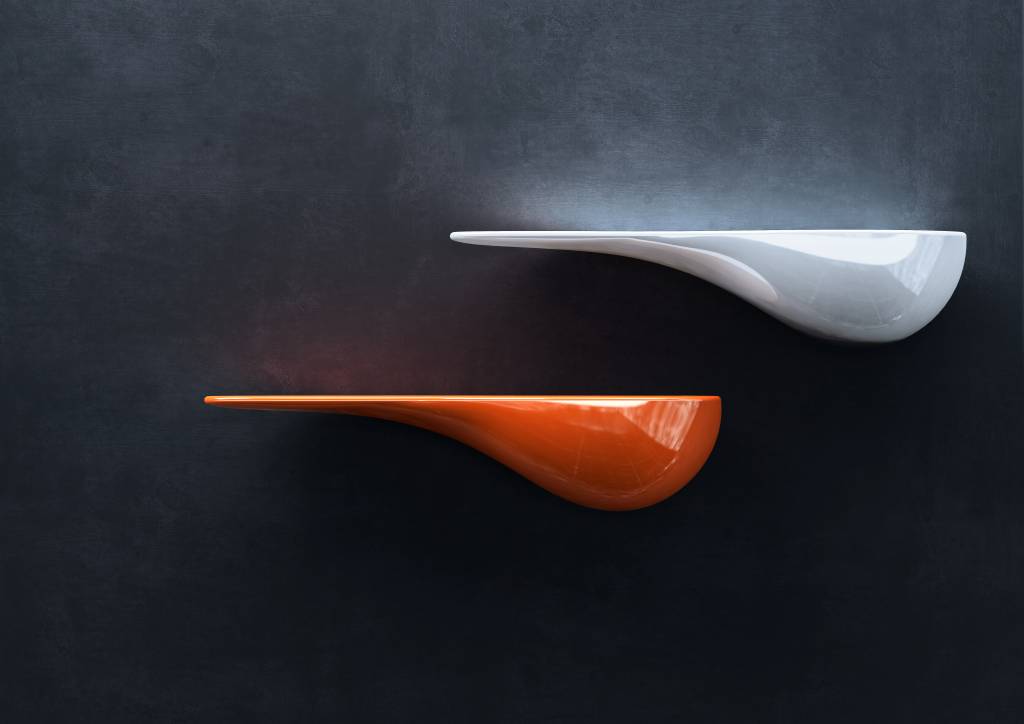 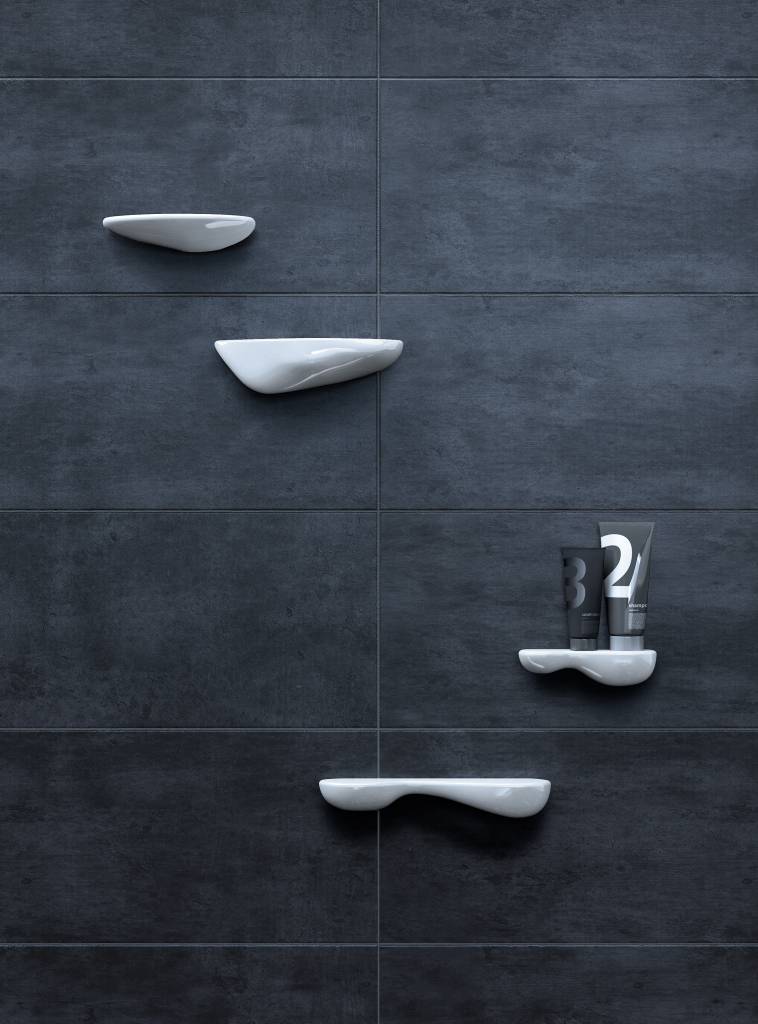 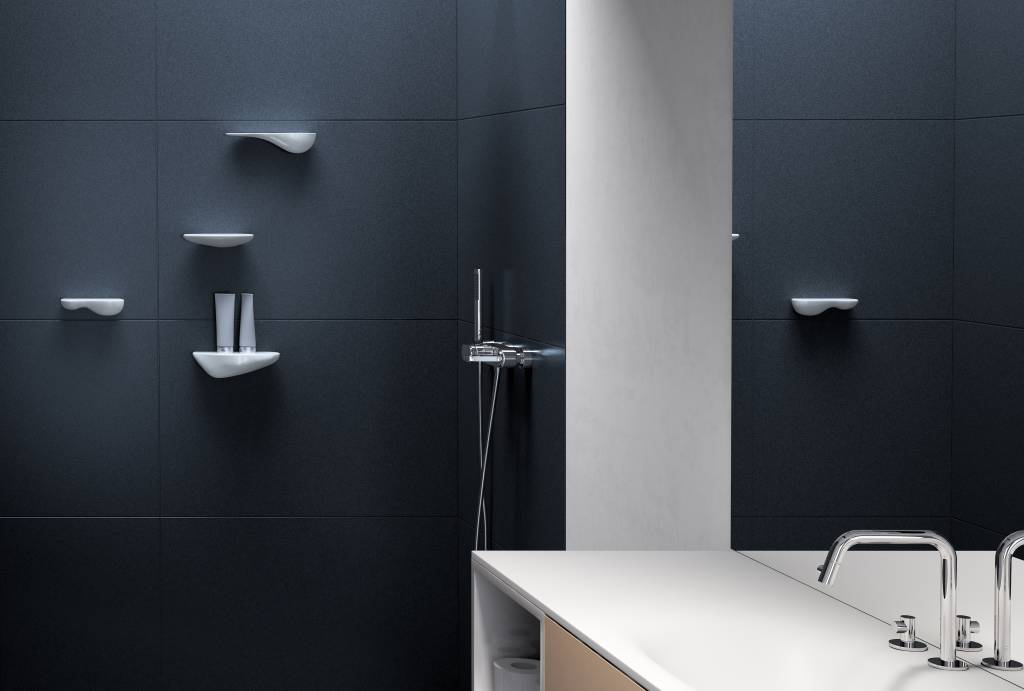 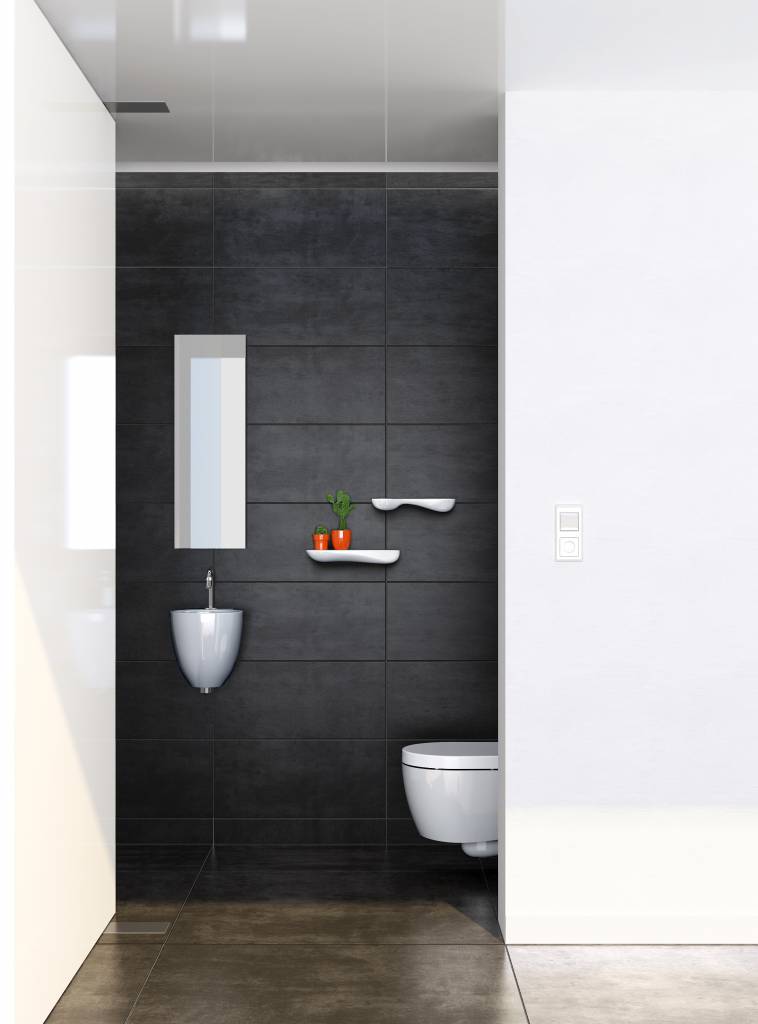 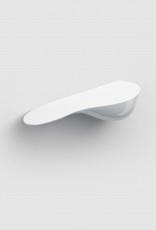 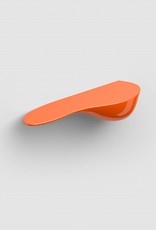 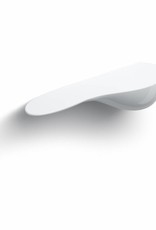 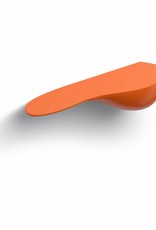 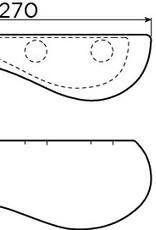 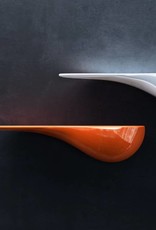 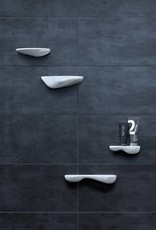 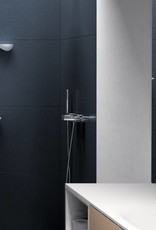 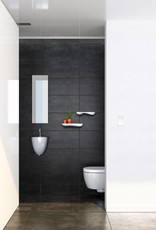 Cliff shelves are inspired by the natural form of stones. Organic forms instead of the usual straight, angular shelves. Forms calling for a touch, in contrast with the straight lines and sleek designs in the bathroom or shower.

However, round shapes which are also functional: the top surface flat and large enough to place a bottle of shower gel, but the front and bottom are smooth and without sharp corners. Because of their shape, water easily runs off and it’s easy to keep them clean. The variety and natural movement in their shape makes Cliff shelves real eye-catchers in the bathroom.

Cliff shelves are made of the same ceramics as used for washbasins. This, in combination with the smooth round forms, makes these shelves particularly easy to clean. A must for a sanitary bathroom.

Installing the shelves is done by glueing these to the wall with sealant (not included). In order to support the shelves during hardening of the sealant, they are hooked onto 2 screws in the wall. These screws only serve as temporary fixing.

Add your review
0 stars based on 0 reviews